Enjoy your delicious meal and the fine Los Angeles weather by dining al fresco on our patio. Or book a private room for a romantic evening out. However you choose to enjoy Il Segreto, it is our pleasure to bring you a truly unforgettable dining experience.
Skip to main content
2932 Beverly Glen Circle Bel Air, CA 90077 USA +1.310.474.8644

To succeed in business, one adage says, it’s not what you know, it’s who you know.

That may explain why the name Drago pops up on so many restaurants in and around Beverly Hills. With five siblings and many other relatives cooking and operating locations, separately or in partnership, the Drago family has succeeded at turning their talents into a mini-empire of inviting Italian restaurants.

Today, the conductor for this orchestra of flavors is the youngest brother, Giacomino Drago, who came to the States from his native Sicily in 1989 and learned the ropes from oldest brother, Celestino Drago. He took a shine to the pasta station and, when he returned from mandatory army service in Italy in 1994, Celestino and middle brother Calogero Drago helped him open Il Pastaio, (or the pasta maker), in Beverly Hills. Whether customers sit inside or out, they can watch the pasta station in action. The restaurant remains jam-packed to this day, tended to by Drago sister Carolina.

“It feels like yesterday,” Giacomino recalls, saying, “I see customers who were babies, now they are 23 or 24 years old. That’s the only time I get nervous,” he marvels.

Next came Il Buco and Piccolo Paradiso, charming storefront trattorias in Beverly Hills that expressed the Dragos’ love of classic Italian fare. Then, while Celestino occupied himself with his Beverly Hills Enoteca and growing bakery business, the other brothers opened Panzanella in Sherman Oaks and Celestino in Pasadena, along with Il Segreto in Bel Air.

For the family, Giacomino says, restaurant work is a natural extension of their childhood in Galati Mamertino, a hilltop village where the Dragos still farm today and operate Ritrovo Portella Gazzana, a trattoria in Messina. Each summer, the expats return home to cook and help out at the restaurant. “It’s my therapeutic moment,” Drago suggests. “My mom had eight children. She would can all of the food my father harvested. All of us had to help. That stayed in the genes,” he reasons. 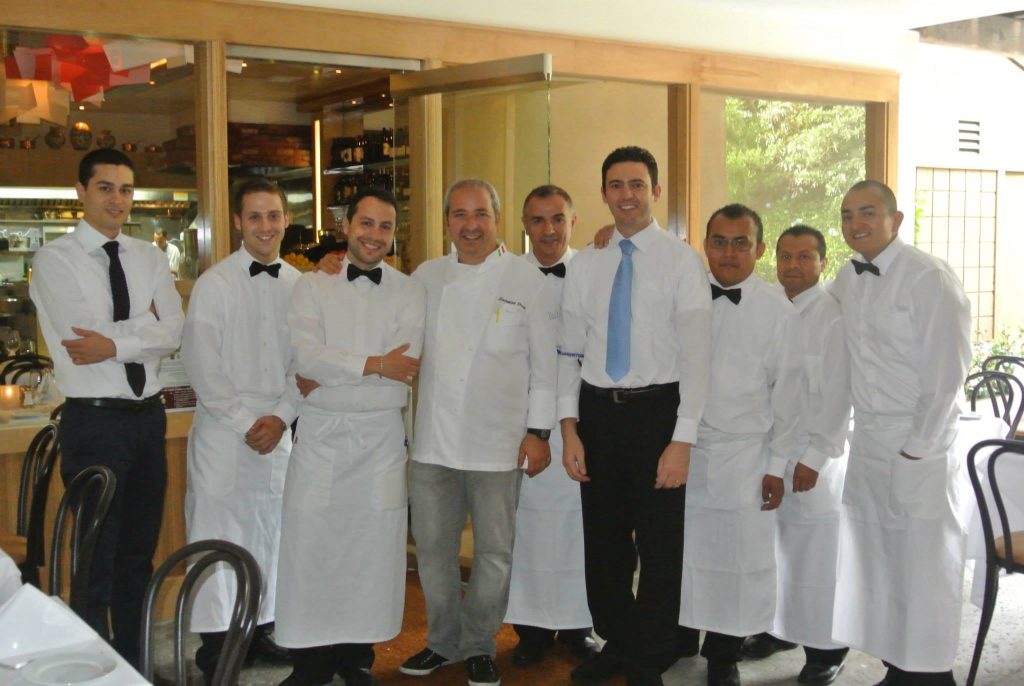 One of the more recent additions to the Drago portfolio, Via Alloro, brings a piece of Sicily to Beverly Hills, carrying the name of the street where the children grew up. Opened by Giacomino and Tanino in 2009, the roomy space with a wrap-around patio includes a large portrait of the two brothers, smiling down on guests in the cocktail lounge.

As one might imagine, with an enthusiastic audience for their food and creative minds spinning out new concepts, the Dragos receive dozens of real estate offers to consider. One such proposal was a former sushi bar, which caused Giacomino to look eastward for the inspiration behind SHU Sushi House Unico, which opened in 2006. He followed that with Yoji-san, a Japanese restaurant “that uses Italian ingredients, like the oils, burrata cheese, sun-dried tomatoes and capers,” details. Both are partnerships between Drago and chef Yoji Tajima.

“In 2006, people were eating protein, protein and more protein. The sushi boom was coming on strong. And I said, ‘why not?’ Japanese chefs run many of the top kitchens in Italy, if they can learn the flavors there, why not here?,” he maintains.